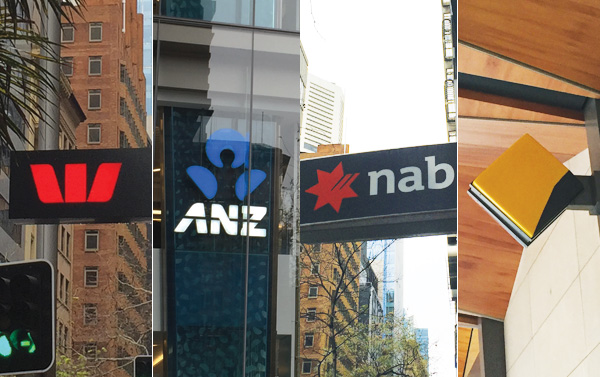 The banking royal commission began its third round of hearings this week.

Its focus turned to lending to small businesses, which is very different from personal mortgages and credit cards.

The case studies were more morally complicated than in previous weeks, because the small business owners who tried to explain how they’d lost money in their business ventures knew they were taking risks, even though their banks had not behaved like saints.

It was a significant shift in tone for the commission.

On one hand, it was taken for granted that entrepreneurial spirit plays a crucial role in Australia’s economy, and the major banks ought to remain free to lend to people who are willing to take risks, fail, and lose money.

Noel Hutley SC, counsel for Bank of Queensland, told the commission that small business people often hold a deep belief that they are able to achieve things which their financial advisers have told them are unachievable, and that they should be praised for that.

“That’s the wonder of entrepreneurial enthusiasm,” he said.

On the other hand, the major banks did admit to reprehensible lending practices in their submissions for this round of hearings.

For example, ANZ acknowledged that in 2017, two ANZ business banking managers were found to have been colluding with external third parties to make 47 fraudulent loans.

It also admitted to instances where frontline staff engaged in inappropriate sales practices in an effort to increase incentive payments, including selling or referring customers to unsuitable products, some of which involved SME lending.

It led the commissioner, Kenneth Hayne, to make an interesting point about the way banks like to market themselves.

After listening to weeks of rhetoric from the banks about their desire to “put customers first”, Hayne asked one bank executive if he wondered if that type of language was leading customers to believe that banks actually prioritised customers’ interests.

“I’ve seen reference to ‘acting in the best interests of the customer’”? he said.

“Is there [room for] a possible misunderstanding by the customer of the role of the bank arising out of … statements of [that] kind?

“Is there any room for misunderstanding, on the one hand, by the customer, and on the other hand, by the bank, about who’s looking after whose interests when the customer is sitting down with the banker?” he asked, meaning that some customers might not fully appreciate that the objective of banks is to make money out of lending.

It remains to be seen how the commission will respond to evidence it saw this week.
How did the week start?

It was a significant public relations victory for CBA.

CBA has been dogged for years by claims it deliberately defaulted loans of Bankwest customers after it bought the lender in late 2008 from the failed British bank HBOS. Former Bankwest small-business customers have insisted that CBA deliberately impaired their loans in 2009 and 2010 for its own financial gain.

Bank of Queensland admits it failed customer badly – banking inquiry
The claims were so persistent they led to a parliamentary inquiry in 2015, but the inquiry failed to produce a unanimous view on the events.
Hodge told the commission he had investigated the “clawback ulterior motive theory” – the claim that CBA unnecessarily impaired some Bankwest loans so it could “claw back” the amount of the impairment from HBOS under the price adjustment mechanism in the sale contract between CBA and HBOS – but he found no evidence for the theory.

“This ulterior motive theory is not supported by either the facts or the operation of the contractual mechanism,” he said.

He also said the theory that CBA deliberately impaired loans on the Bankwest loan book to improve its tier 1 capital ratio was not supported by facts either.

CBA officials were thankful for the small mercy, given their bank has been involved in multiple proven scandals in recent years. Remember how bank officials in April admitted that some of its financial planners had been charging fees to clients who had died?

What about some of the case studies?

The first involved Westpac’s decision to make a claim against the house of an elderly pensioner, Carolyn Flanagan, who had multiple debilitating health conditions including nasopharyngeal cancer, depression, osteoporosis and pancreatitis. She also was legally blind and had trouble hearing.

Despite her poor health, Flanagan had been allowed to become guarantor for her daughter’s $165,000 loan on a business which then failed, prompting Westpac to claim Flanagan’s property.

Flanagan was only allowed to stay in her home after New South Wales Legal Aid made a claim to the financial services ombudsman on her behalf.

Alastair Welsh, Westpac’s general manager for commercial banking, told the commission there was no problem with Westpac accepting a guarantee from Flanagan and the bank had followed the right processes. But it later emerged that documents allowing Flanagan to become guarantor for her daughter’s loan had been filled out incorrectly by Westpac staff.

That included a Westpac staffer falsely witnessing a document and marking documents to suggest Flanagan had received independent legal advice about her business lending agreement when she had not done so.

Flanagan, for her part, admitted she’d taken the risk of becoming guarantor because she’d wanted to help her daughter.

“I would have signed anything for my daughter, in hindsight,” she told the commission.

On Wednesday, a senior ANZ executive was grilled about ANZ’s decision to loan $220,000 to a couple in 2014 to set up the first Australian outlet of a New Zealand gelato chain, largely based on a business plan filled with pages of “clip-art” ice cream pictures and unrealistic financial forecasts.

The business ultimately failed, and the borrowers complained to the financial ombudsman that ANZ should not have approved the loan. The ombudsman found in their favour.

ANZ’s Kate Gibson admitted a “number of errors” were made by the bank, including basic data entry mistakes, which other people then relied upon.

Asked by Hodge if she thought ANZ had demonstrated the care and skill of a prudent and diligent banker, she replied: “No.”

The commission also heard the case of Suzanne Riches, a primary school teacher of 42 years who was forced to sell her block of land after taking out a business loan to purchase a Wendy’s ice-cream franchise that went sour.

Riches applied for a $280,000 loan from the Bank of Queensland to buy two Wendy’s outlets in Westfield Marion in southern Adelaide in 2012.

“I felt I was in-between a rock and a hard place,” Riches said.

“The cooling off period had elapsed on the 5th October, I had no way to get out of the contract. There was threats of legal implications. I sort of felt I was in a no-win situation.”

Douglas Snell, the general manager of performance product governance at BOQ, admitted to the commission that the branch officer who had arranged the loan with Riches had no authority to make the conditional offer to her.

He said the branch manager had broken bank policy by giving Riches a seven-year repayment term because the lease on the Wendy’s outlets was for three years only.

The bank branch, in Pirie street in Adelaide, has since closed, and the branch manager was sacked for misappropriating $150,000 from two clients.

The commission will continue looking at small-business lending next week, and then it will break for a number of weeks.